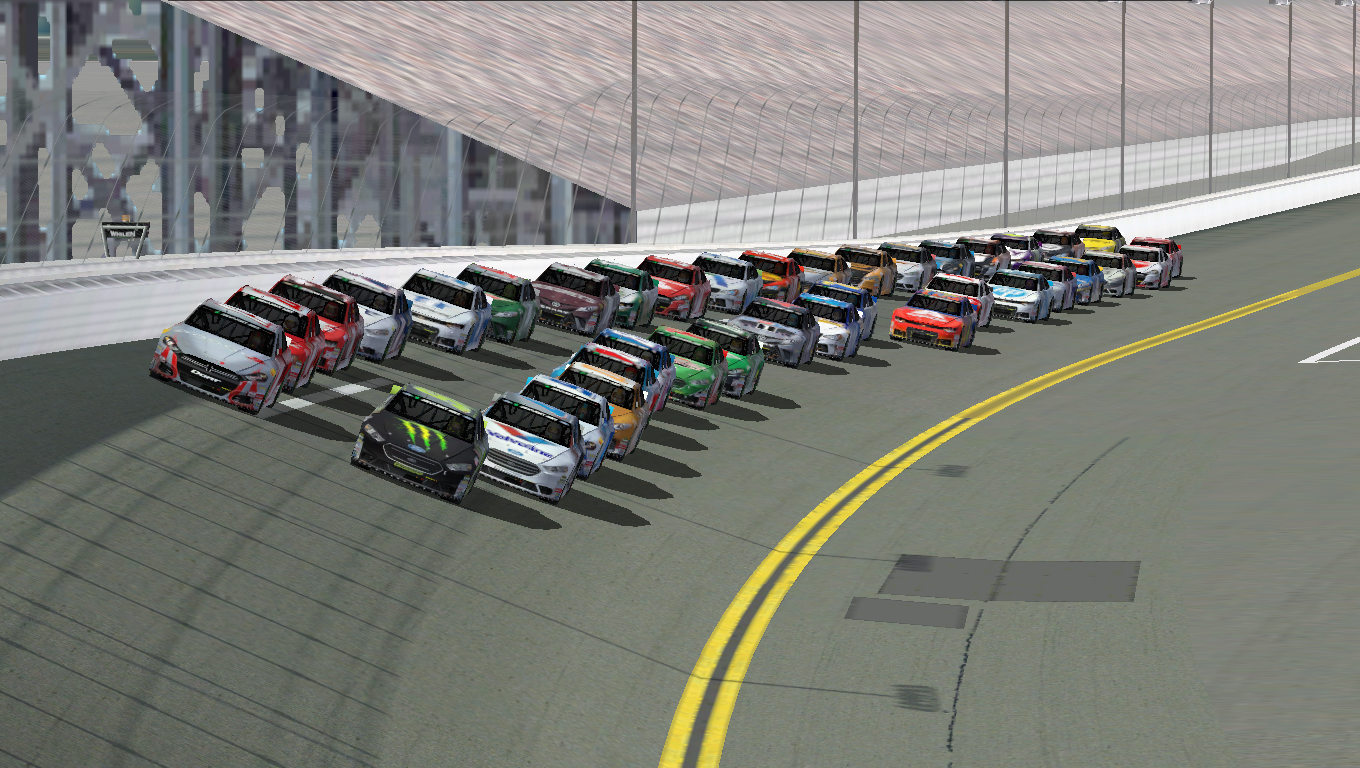 The National Stock-Car Association is the culmination of over 70 years of American motorsports ranging back all the way to the early post-war days in the late 1940's. Initially, it was the Northeastern National Racer's Club, the Southeastern American Stock-Car Association, and the West, the Automobile Racing Group of America. In the East, it was a massive rivalry between the NRC and ASCA, while ARGA had been dominating the Western seaboard uncontested. However, in the 1970s, the United States faced a massive oil crisis, seeing a major toll taken on the race teams of all three organizations. This led to the NRC and ASCA forming an alliance and eventual merger, creating what is now the NSCA. Meanwhile, ARGA barely scraped by and restructured itself into the American Stock-Car Racing Club, or ASCRC for short, and became a starting point for many of today's top stock-car drivers.

Entering the third season of a contract with title sponsor DeviantArt, the NSCA's top level of competition - the NSCA DeviantArt Cup Series - sees one of it's largest pools of talent in recent years. With a range of drivers from seasoned veterans to hotshot rookies, there isn't a single driver that you'll find that is totally incapable of winning. Hendrick Motorsports has been on the top step for the past two years, with drivers Cody Llamas and Chase Carpenter both taking the driver's championship at season's end, leaving several teams looking to dethrone HMS come season's end.

25 races is the length of the schedule - 19 regular season races to determine the 12 drivers gunning for the championship and 6 playoff races. It all starts at Daytona for the season opening Twokinds 500, preceded by the exhibitional Nos Energy Clash. Who can make it to final race at Atlanta, and claim their spot in racing history? Will we see a repeat champion? There's only one way to find out, as we are right on top of a new season of NSCA action!


For a full list of drivers and schemes, visit the showroom thread here: http://www.simracingdesign.com/threads/nsca-deviantart-cup-series-season-3.67773/
Reactions: InsideLine and joeykraus19