View more…
You are using an out of date browser. It may not display this or other websites correctly.
You should upgrade or use an alternative browser.
Resource icon

Go to download
Overview History
PROJECT: Short Track is very proud to release another in our series of short tracks for NR2003 that have played a very significant role in Northeast motor sports over the years.... Stafford Motor Speedway!

It's truly amazing how the time has flown by. 16 years ago in 2004, I worked with Folco Banfi on the original Stafford track for NR2003. At the time, there were scant few short tracks available for NR2003 making it's release a very popular one. In 2008, I updated the original with improved a.i., graphics and an added night version. Those versions have stood the test of time with NR2003 short track enthusiasts, but quite honestly were long overdue for another facelift. I wanted to give them the full PST treatment with our improved objects, features and detailing of our other most recent short track creations.

Over 200 improvements, enhancements and changes have been made in these new 2019 day and night versions of Stafford. Here's just a short list highlighting the new things you'll immediately notice:

These new versions of Stafford will produce a very satisfying racing experience against the a.i. with it's 2 distinct racing grooves. As is customary with our PST releases, we have provided baseline Fast setups to get you up to speed and competitive right out of the box and with a huge starting grid of 35 cars, you'll find you're in the middle of intense racing action from the drop of the green to the checkered flag.

WARNING. Highly Detailed Graphics Rich Track. In an effort to duplicate the details of the real Stafford Motor Speedway facility and capture as much immersion as possible for the end user, we have poured a ton of high-resolution objects and detailing into this project. Please be advised that this track may tax the ability of some computers. We apologize in advance if this is the case for you. If you are experiencing difficulty running this track and your frame rates are dropping below 30 FPS, we might recommend installing the 4GB Patch offered at NTCore.com (https://ntcore.com/?page_id=371).

As is the case on all of our PST projects, I want to thank my friends Ben Althen, Ian Smythe and Wayne Anderson who all made significant contributions to this project. I also want to remind everyone to PLEASE be sure to read the CREDITS README file provided with the track for important info on getting the most enjoyment out of it.

So here's another "gem" for your short track schedules from the "guys who make short track racing a virtual reality".... PROJECT: Short Track presents Stafford Motor Speedway! Enjoy the thrill!

GET THE TRACKS BY CLICKING ON THE FOLLOWING: 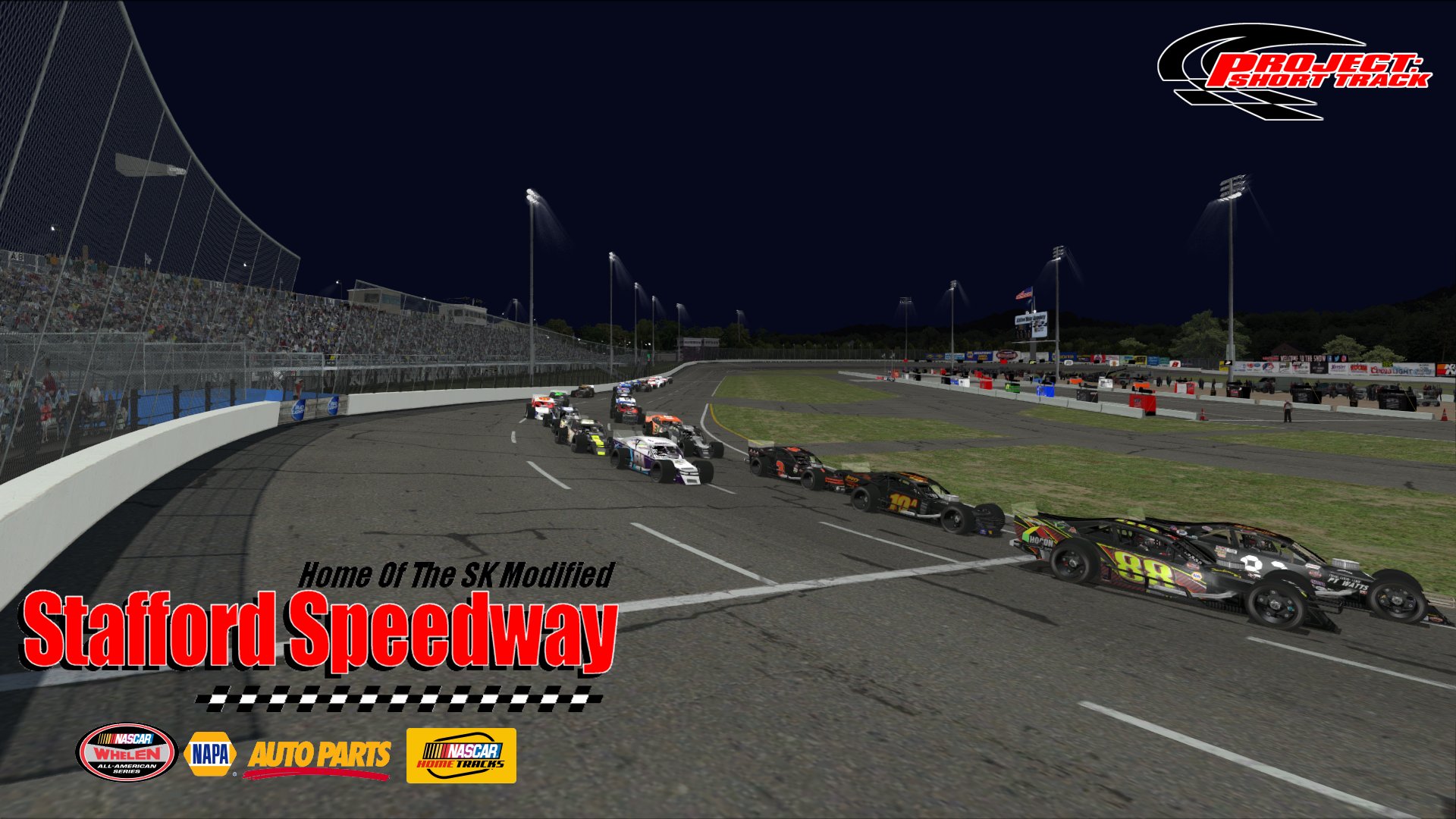