crazyboy335 said:
They'll run it for a season or two and they'll take it off
Click to expand...

People probably said the same thing about the chase when it first came out.

In leiu of the Halo announcement, Eifelland has announced it's return to F1 dalejr88rox said:
In leiu of the Halo announcement, Eifelland has announced it's return to F1

Only if they make the whole body a wing again.

crazyboy335 said:
Only if they make the whole body a wing again.

I love the story of this car. The guy who would go on to design the original Miata designed this car, despite not knowing a thing about aerodynamics. He believed that circles and curves were the key to the universe, and thus designed the car according to his belief

*EDIT* If you have the time, here's a great profile on the team's history

For any doubting definitive proof, the Sauber/Honda deal for 2018 is officially dead. What does it say about a program when even the slowest team on the grid doesn't want to work with you?

Because we cannot wait until 2020 to actually design a car around any sort of head protection. So we're just gonna add this hideous thing that will obstruct some of the sight lines of the drivers.

Good god freakin Alonso has no luck. He got the start of a lifetime and gets caught up in Vettel and Raikkonen's idiocy

Aston Martin stepping up its relationship with Red Bull - will become the team's title sponsor in 2018.

Coverage will move from NBCSN to ESPN starting next season.

ESPN's motorsports coverage is god-awful. Won't be surprised if they end up farming out the broadcasts to WatchESPN or some other nonsense.

Supposedly, F1 will be starting a streaming service, and NBC did not want to compete directly with the rights holder. Because of this, they did not put it a bid to pick up the contract, which expires after this season, and ESPN took it.

In this case, we chose not to enter into a new agreement in which the rights holder itself competes with us and our distribution partners.
Click to expand...


Rumors are that it will just be a stream of the Sky1 coverage, with ESPN really having nothing to do with it. All races will be live with a reair of the Monaco GP following the Indy 500 on ABC.

ESPN will use the “F1 World feed”. Unknown if that is the Sky1 coverage team or if it has to do with F1’s rumored streaming service. No production crew/hosts/camera work will be done by ESPN.

NBC’s official statement on the matter.

Love him or hate him, what a fucking lap

If we could only just have a Twin Turbo V6, no fuel flow limit, no rev limit, DRS and maybe a basic KERS for passing.

Pirelli has announced it will be offering a new softest compound tire for next year and is taking votes on what the tire should be called.
https://www.motorsport.com/f1/news/pirelli-fans-name-new-f1-tyre-2018-977922/ 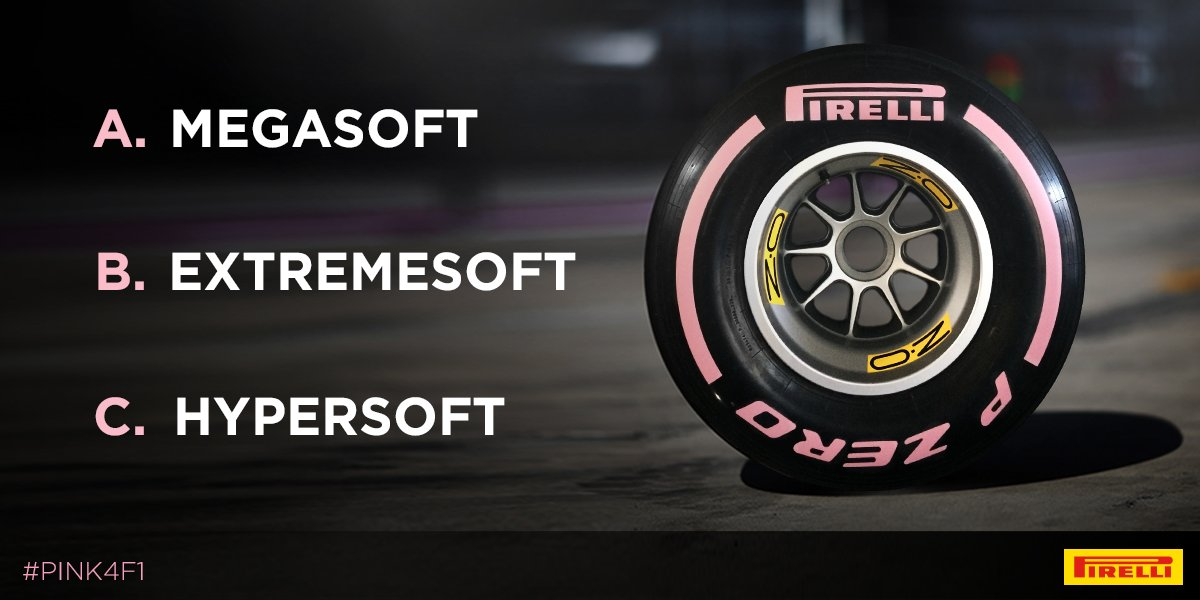