@BrendonH12 check your weekend schedule you have the infinity race starting a half before cup qualifying and the cup race starting at 2pm
Friday, April 12
8:05 a.m. - 9:55 a.m., Xfinity Series final practice (TV: NASCAR.com)

It's fixed! Sorry about that... I just used DiecastCharv's schedule and didn't even think to double check... Thanks for the info, man!

Crap, I forgot they were night races this week!

Cole Custer takes home win #1 of the weekend... and a little extra cash 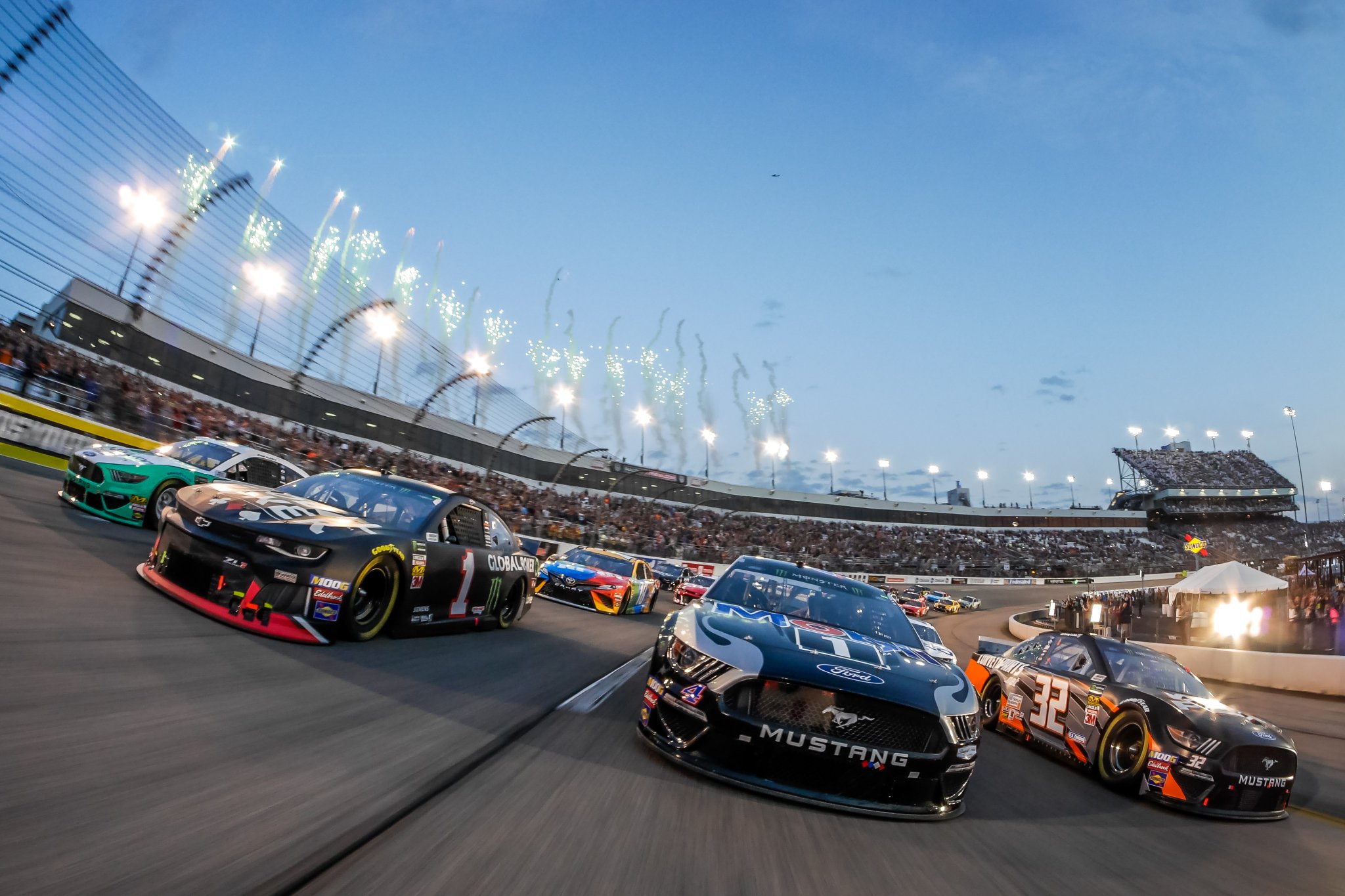 Missed the race again, been off with facts lately, so hopefully I can rectify that this week.

Martin Truex Jr. has now won a race for four different teams. Truex broke a tie with Clint Bowyer, Ryan Newman, and Kurt Busch, as the three are the other active drivers to win races for at least three different teams. Busch and Newman have a chance this year to win with a fourth team. All three Penske drivers, as well as Kyle Busch, Kevin Harvick, Aric Almirola, and David Ragan all have wins for two different teams.

Truex has won with four car numbers, tying Kurt Busch and Bowyer for most car numbers brought to victory lane among active drivers. Bowyer has brought four car numbers to victory lane in only ten victories - the 07 and 14 twice each, and the 15 and 33 thrice each. Busch (2, 22, 41, 97) has a chance to bring a victory to the 1 this year. The only sets of drivers in the active field to win in a car number with another active driver are Busch and Keselowski (Penske #2), Newman and Blaney (Penske #12), Logano and Erik Jones (Gibbs #20), Busch and Logano (Penske #22) and Ragan and Buescher (Front Row #34)

Truex Jr. has led the most laps at four straight Richmond races and finally won one. Kyle Busch also led the second most laps in the previous Richmond race.

The last Richmond race with a margin of victory more than a second was the fall 2012 race - Bowyer won by a second over Jeff Gordon, who barely made it into the Chase. Busch had been running much better than Gordon the whole race, but things went in Gordon's favor late. The 2017 fall race finished under caution, so no margin of victory was recorded. Truex's victory over Logano today (.178 seconds) is the closest at Richmond since Harvick barely beat Carl Edwards in the 2011 fall race.

TruEX woN at A SHort TrAcK!

If Robin Miller is right, looks like we could get a road course race at Indianapolis Motor Speedway for the Xfinity Series soon. David Land breaks it down:

The test is happening but this seems like much ado about nothing. Probably just a test at a place where no one has any notes.

ShadowKnight508 said:
If Robin Miller is right, looks like we could get a road course race at Indianapolis Motor Speedway for the Xfinity Series soon. David Land breaks it down:

I'd still rather see NXS racing at Lucas Oil Raceway