Well, considering the car/hauler has my old online car, name and number on it...

Actually, Rob Stevens (CBCTech), Janimox, Keith Myers (MyersGrfx/MG-Motorsports), Phil (Wildman) and a few others built up those scenes and templates back in the day. Back then the community wasnt about who could do what and not let anyone else have it or fight over things. It was a true community in that we shared and collaborated with many from different sites. Hell, we did a Sierra Multi Player car set back then that had painters from 6 different sites that contributed to them. It was great!!!

Us mods from Sierra... there were 3 or 4 of us from MG Motorsports who were mods there. But I brought in a few from other sites including Chris Rosado from TLS, worked really closely with Brian Simpson from Papyrus on templates as well as numerous other projects.

And just a little trivia... CBCTech was one of the first to actually get the game models out and into 3ds max and do the things people see today. Him, Janimox, me and the other list of suspects named above were the firsts to work out the 2048 templates, high res renders along with other scene objects and so many other things that I still see in the community. Jeff Yost was the first one to come out with the wheel sets completely modeled and textured. Smokes-A-Lot also come out with an extended version of those too. I have made some updates and additional maps to those sets, but they are all I still use today.

And I cant forget about the boys at the old Volunteer Graphics. They were the first to come out with a complete Peterbuilt and Hauler fully modeled that I use in a lot of my hauler shots. I pestered them so bad they finally put out the Volvo tractor to go with it. Smokes-A-Lot this another hauler with a Freightliner that was even more detailed. I have a ton of old stuff that I pull out every now and then and see where I can use them.

Us old farts have been working on this stuff since NR1. Its really hard to find things that people post without having something of ours in it somewhere. Thats why I tell people no credit needed if they use anything of mine or our old MG/Sierra team. LOL!

WOW you are old .

That is really cool trivia. It's kind of a bummer it's a render request thread that not too many will likely see

that cup90 Chevy from Ford mods that my templates racingrafix.com by NeoDart28 it me but old jonamelio24 :3

So I don't know if anyone has a crew render scene, but I thought I would ask anyway. The carveiwer file I have for the crew is difficult to see details so hopefully this isn't bad. The template is made for SS.net crew but if someone only has another crew model instead that is totally fine with me. The template is from Phantom17 & Swiss, logos from BER, SRD, Google, Alan Harkleroad, Abuchl, Masgrafx, and even Cosmin. If no one has a scene for this totally understand, but if someone does, thank you in advance! 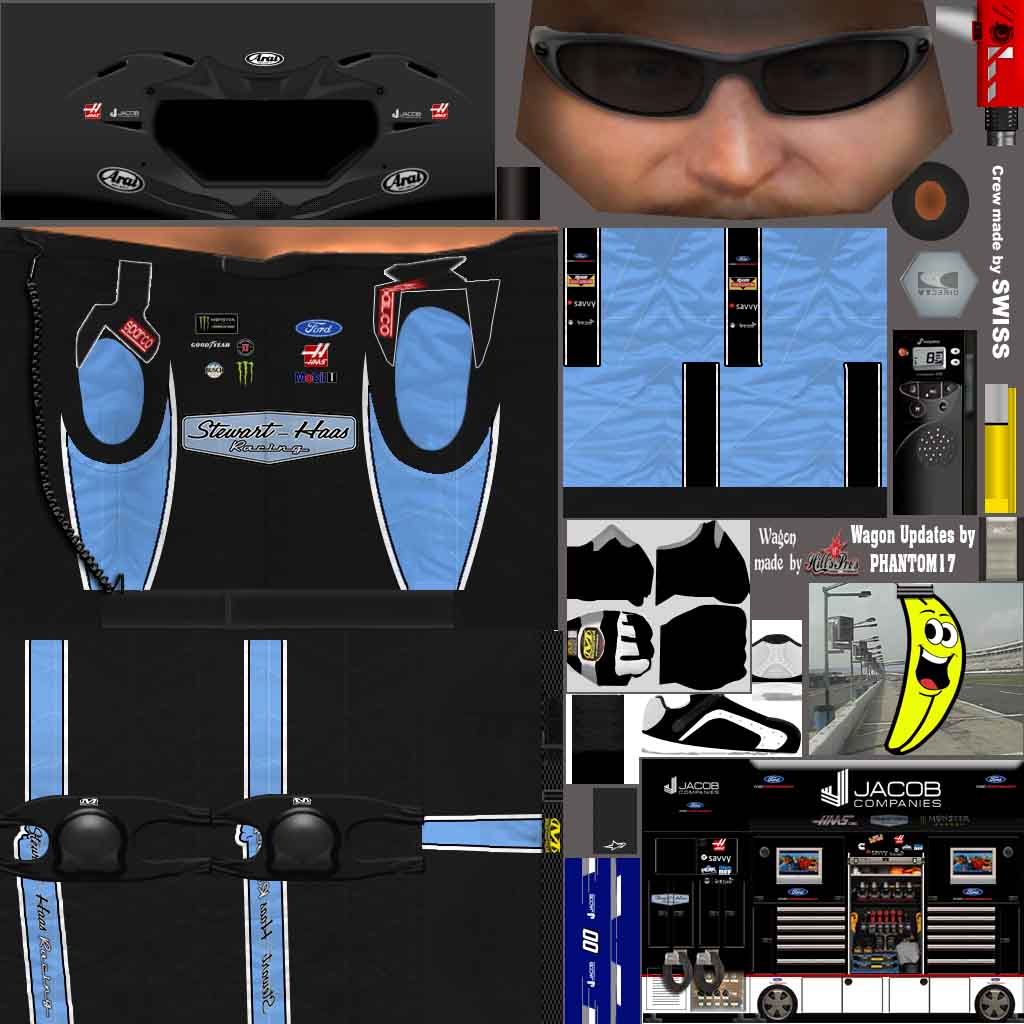 EDIT: Figured out the image sizing problem, I think.

The only pitcrew render scene that I know of is the Z-Mod scene over at Smiffsden.
http://www.smiffsden.com/enews.php?id=24#.XHsogndFyUk

Thank you so much Andy!

I have the same scene Carbine.

Awesome Carbine, thank you so much!

Oh wow it's fun seeing some of this early stuff being talked about again. I still have most of what I downloaded back in the day. That VG Hauler scene for instance. Smokes-a-lot's hauler I may have somewhere still. Wasn't he the one who had the Merchandise hauler render scene too?

psugorilla said:
Oh wow it's fun seeing some of this early stuff being talked about again. I still have most of what I downloaded back in the day. That VG Hauler scene for instance. Smokes-a-lot's hauler I may have somewhere still. Wasn't he the one who had the Merchandise hauler render scene too?
Click to expand...

Yep! Among other things. His site is still going, but he has went commercial and doing a lot of different projects and getting paid! He is a great guy. Always was helpful and friendly every time I talked to him.

It's been a little while, but I've been updating a few things trying to revamp a little bit. Here is an updated 1989 Ernie Irvan car for Cup90. Pretty much the same credits as before, though I admit there are a few logos on there I don't know where I got them.

Anyway thanks for the help!

Awesome Garrett thank you so much!!!!!

Updated AeroWar version of the 2. Same credits as before.