Welp!!! At least a decent result

Thirty-three members of the Sim Racing Design community submitted picks for the events at the hallowed Talladega Superspeedway. Scoring was all over the place - from our winning score of 181 points all the way down to our last place score of 70 points. Surprise, surprise - there's another tie this week! This time, it's for second place. Last week, we saw THE craziest finish in SRD Pick'em Series history, with @MonkeyWrenCh taking the victory after a lengthy review and locking himself into the Round of 8! Will another Playoff picker take home the checkers at 'Dega and lock himself into the next round as well? Well, hold your horses! Before we get into that, let's introduce our "Final Five" who will compete for the win down South (in A-Z order):

This week, we have four Playoff pickers and one who was eliminated from the Playoffs following the Round of 16 making up our "Final Five." Sounds like pretty good odds for one of our Playoff pickers to lock down a spot in the next round, right? Well, that is exactly right! So, without further delay, please join me in congratulating @DannyM on picking up the win at Talladega with a score of 181 points! With this win, @DannyM joins @MonkeyWrenCh as those who have already punched their ticket into the Round of 8! Coming home in a tie for second, are @Fishtail and @matheus357, with scores of 166 points each. Fourth place goes to rookie sensation, @TheOutlaw1272, with a score of 163 points. Rounding out the top 5 is @db512 with a score of 150 points. 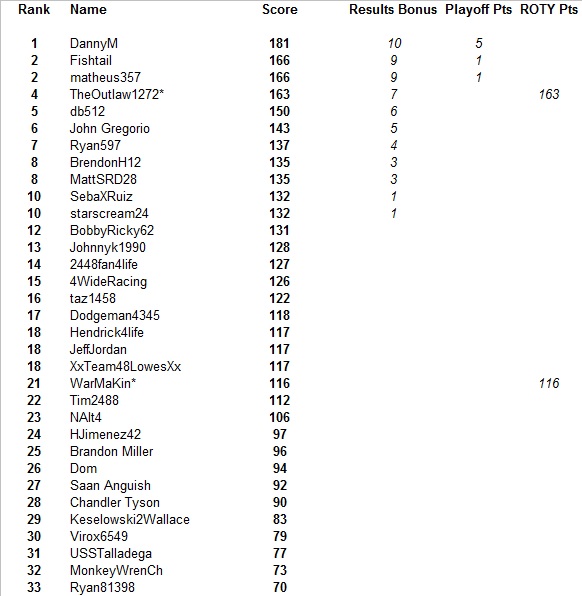 As mentioned above, with this win by @DannyM, we now know two of the eight members who will continue to compete for the SRD Pick'em Series Championship in the next round! However, due to @MonkeyWrenCh picking up the win last week at Dover and his ability to coast right along at 'Dega, we have a bit of an odd points situation going on right now. @Ryan597, who actually has the points to advance as of this race, is the first one on the outside looking in as it regards making the Round of 8. All the while, @MonkeyWrenCh would be facing a must-win situation, as are all of our other below-the-cut-line Playoff pickers this week at Kansas - if it were not for his win last week! Crazy stuff... So, with that, let’s take a look at the Round of 12 Standings, as well as the full 2019 Season Standings as of Race #31, brought to you by @MattSRD28: 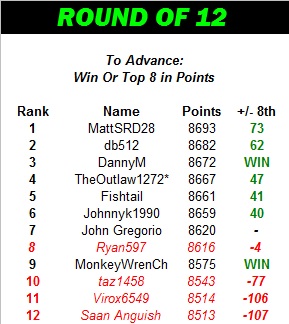 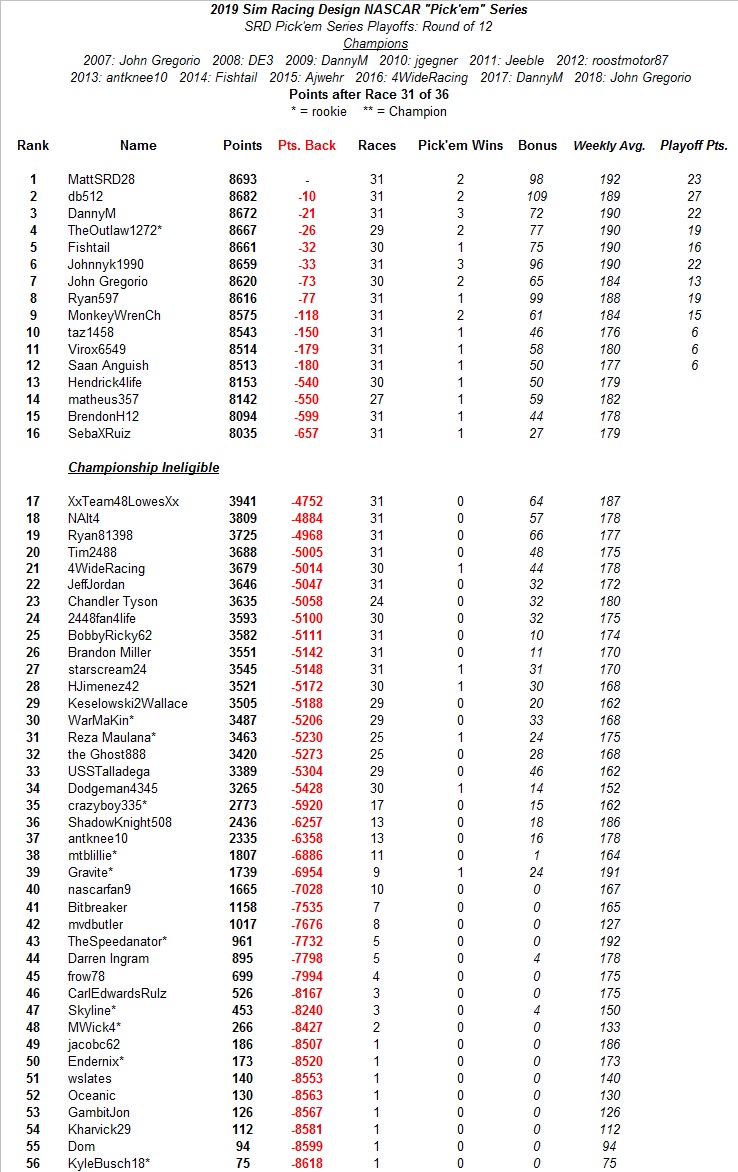 Now, on to our rookie recap. Once again, @TheOutlaw1272 takes home the honors of being the top finishing rookie contender after a great showing at Talladega! His closest and only competitor who continues to participate on a weekly basis, @WarMaKin lost a bit of ground this week after finishing outside of the top 20. 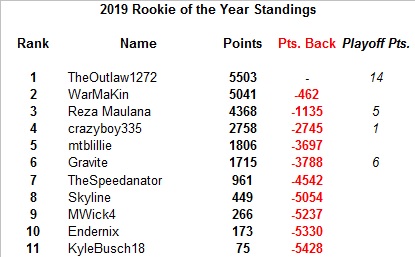 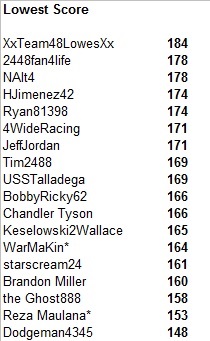 This week, NASCAR and the SRD Pick'em Series heads to the great plains for two events at the Kansas Speedway. This will also be the second elimination race of the 2019 SRD Pick'em Series Playoffs. The Kansas threads will be up later on, so for all of you Playoff-making members - don't forget to submit your picks! You might just find yourself advancing into the Round of 8 - just like @MonkeyWrenCh and @DannyM have already done! And for all of you non-Playoff-making members - don't forget to submit your picks either! You might be able to steal the show from our Playoff guys just like @Dodgeman4345 did a few weeks ago! See you in Kansas!