Thirty-two members of the Sim Racing Design community submitted picks for the events at "The Paperclip" - Martinsville Speedway this past weekend. Scoring was decent this week, with the top 7 all scoring over 200 points and all but one member scoring over 100 points. And you guessed it - we have another tie! This time it's for the fourth position in our top five. So with that, let's take a look at our "Final Five" who will duke it out for the win and possibly a berth into the Championship Round of the SRD Pick'em Series Playoffs (in A-Z order):

The "Final Five" from Martinsville include four Playoff members and one member who was eliminated from the Playoffs last week. This means we have a very good chance that one of our Playoff members is going to have a free pass into the Championship Round of the Playoffs! Without further delay, please join me in congratulating @Fishtail on taking home the W with a score of 233 points! This is win number two on the season for @Fishtail, but more importantly, this win locks him into the Championship Round in Miami! @MonkeyWrenCh just barely missed out on punching his ticket to Miami as he finishes in second place with a score of 227 points. @DannyM comes in third place with a score of 223 points and @MattSRD28 and @Ryan597 round out the top 5 with each scoring 208 points.

2019 First Data 500 at Martinsville Full Race Results, brought to you by @MattSRD28: 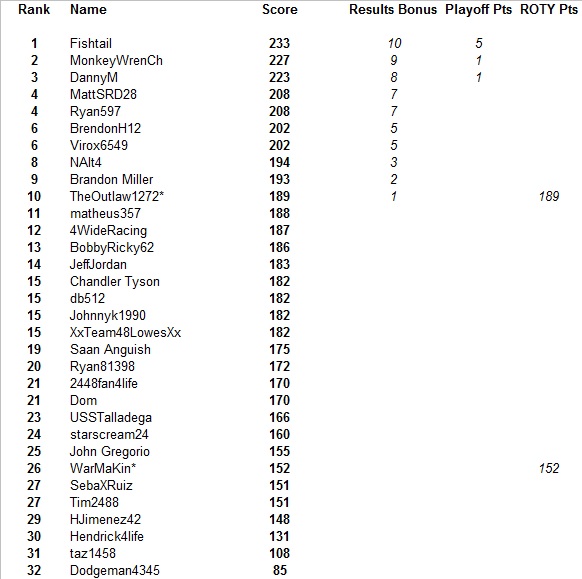 As mentioned above, with this win, @Fishtail secures his spot as a part of the Championship Four! He also, in the words of @MattSRD28, "makes the top 8 in points a 2-time race winner's only club." Yep, every member still competing for the SRD Pick'em Series Championship has won at least two races - with two of those members taking home three checkered flags this season! The Playoff battle is very tight with just 27 points separating positions 3-7! The only exceptions are @MattSRD28, who is 32 points above the cut line after a great run at Martinsville, @John Gregorio, who is 77 points below the cut line and who may already be facing a must-win situation, and @Fishtail who, of course, has already locked himself into the Championship Round. So, with that, let’s take a look at the Round of 8 Standings, as well as the full 2019 Season Standings as of Race #33, brought to you by @MattSRD28: 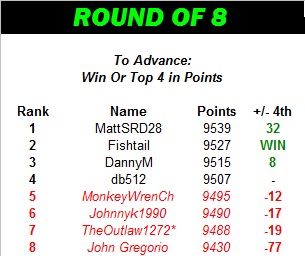 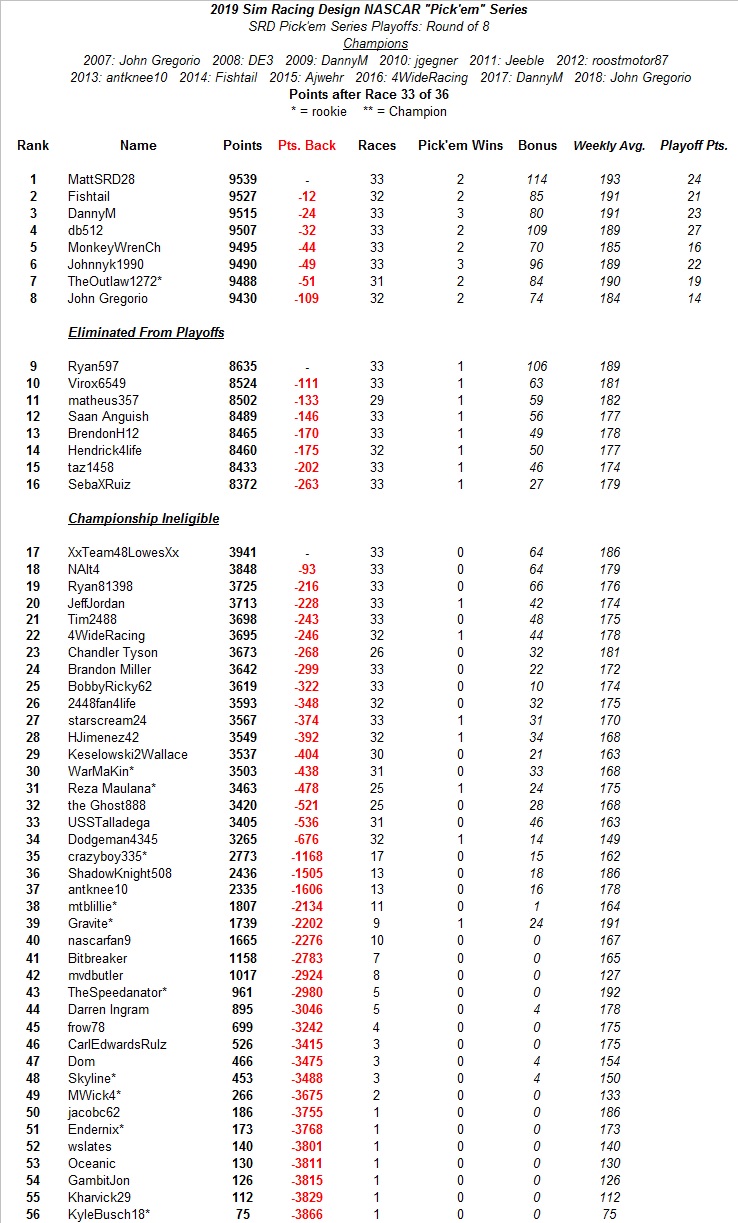 In rookie news, @TheOutlaw1272 once again takes home the title of top-finishing rookie with a top 10 finishing position. Although @TheOutlaw1272 may be sitting on the outside looking in, as it regards the Playoffs after Martinsville, if all goes well at Texas, he should lock up the 2019 SRD Pick'em Series Sunoco Rookie of the Year Award! 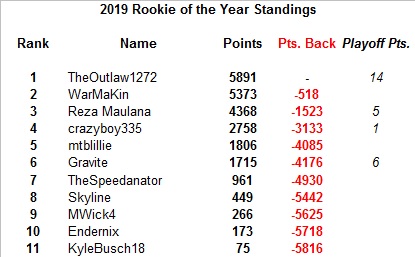 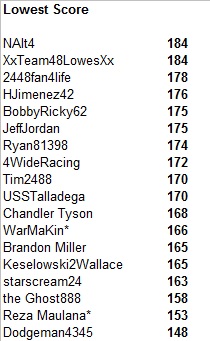 And for our eliminated Playoff-making members as well: 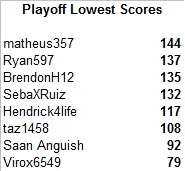 This week, NASCAR and the SRD Pick'em Series head to Texas to find out who can wrangle up a win! The Texas threads will be up later on, so for all of you Playoff guys, don't forget to make your picks! You might just be able to secure your spot in the Championship 4 that will battle it out with @Fishtail for the 2019 SRD Pick'em Series Championship down in Miami - that is, if you're lucky enough to get a win. And as well, it's not over for all of you who did not make the Playoffs, so don't forget to submit your picks either. You just might be able to steal a win away from our Playoff guys as has been done twice in these 2019 SRD Pick'em Series Playoffs!

Damn, wish I had results like that last round, GG @Fishtail!